ARP Books was founded in 1996 in downtown Winnipeg, Manitoba, Canada. Our mandate is to publish a dynamic combination of cultural, fiction, and non-fiction titles with an emphasis on progressive political analysis of contemporary issues, while encouraging innovative new writing.

At Bay Press is an independent, award-winning publisher. We strive to seek out new work by undiscovered authors and artists and bring their work to light. We are known for original, thoughtful content as well as exceptionally crafted and well designed titles, some of which are constructed by hand.

We are located in Winnipeg, Manitoba

Fernwood Publishing produces critical non-fiction books that inform, enlighten and challenge readers. Roseway Publishing, an imprint of Fernwood, aims to publish literary work that is rooted in and relevant to struggles for social justice.

Great Plains Publications Ltd. is an independent publisher in Winnipeg committed to bringing you the very best books from the Prairies, a region we believe has an abundance of quality writers. We also publish fiction from authors across the country in our imprints, Enfield & Wizenty and Yellow Dog Teen Fiction.

Peanut Butter Press has found its niche in publishing quality children’s picture books. Title content ranges from interesting topics that both entertain and educate to humorous stories that encourage discussion on a variety of themes. Our books appeal not only to children but also their parents, teachers and all those who enjoy a good laugh and appreciate educational or challenging text.

Les Éditions des Plaines has been a proud partner in promoting French-language literature and education since 1979.  Its catalogue of over 300 titles, from predominently Western Canadian authors, reflects a varied publishing program where general literature, children’s books, indigenous titles and educational resources are prominently featured.

Vidacom Publications specializes in publishing titles from Canadian authors, with subjects in history, architecture, photography, art and indigenous perspectives.  Most titles are published in Canada’s two official languages, and a selection of books are also published in indigenous languages.

Signature Editions is a literary press with an eclectic list of quality fiction, non-fiction, poetry and drama. Originally named Nuage Editions, the press moved to Winnipeg and in the year 2000 was renamed Signature Editions.

U of M Press is widely recognized as a leading publisher of books on Aboriginal history, Native studies, and Canadian history. As well, the Press is proud of its contribution to immigration studies, ethnic studies, and the study of Canadian literature, culture, politics, and Aboriginal languages. It also publishes a wide-ranging list of books on the heritage of the peoples and land of the Canadian prairies. 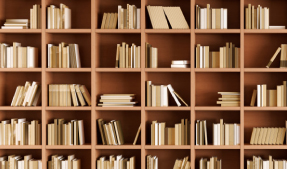 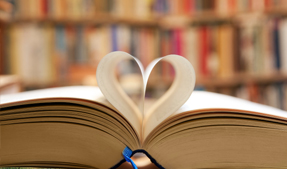